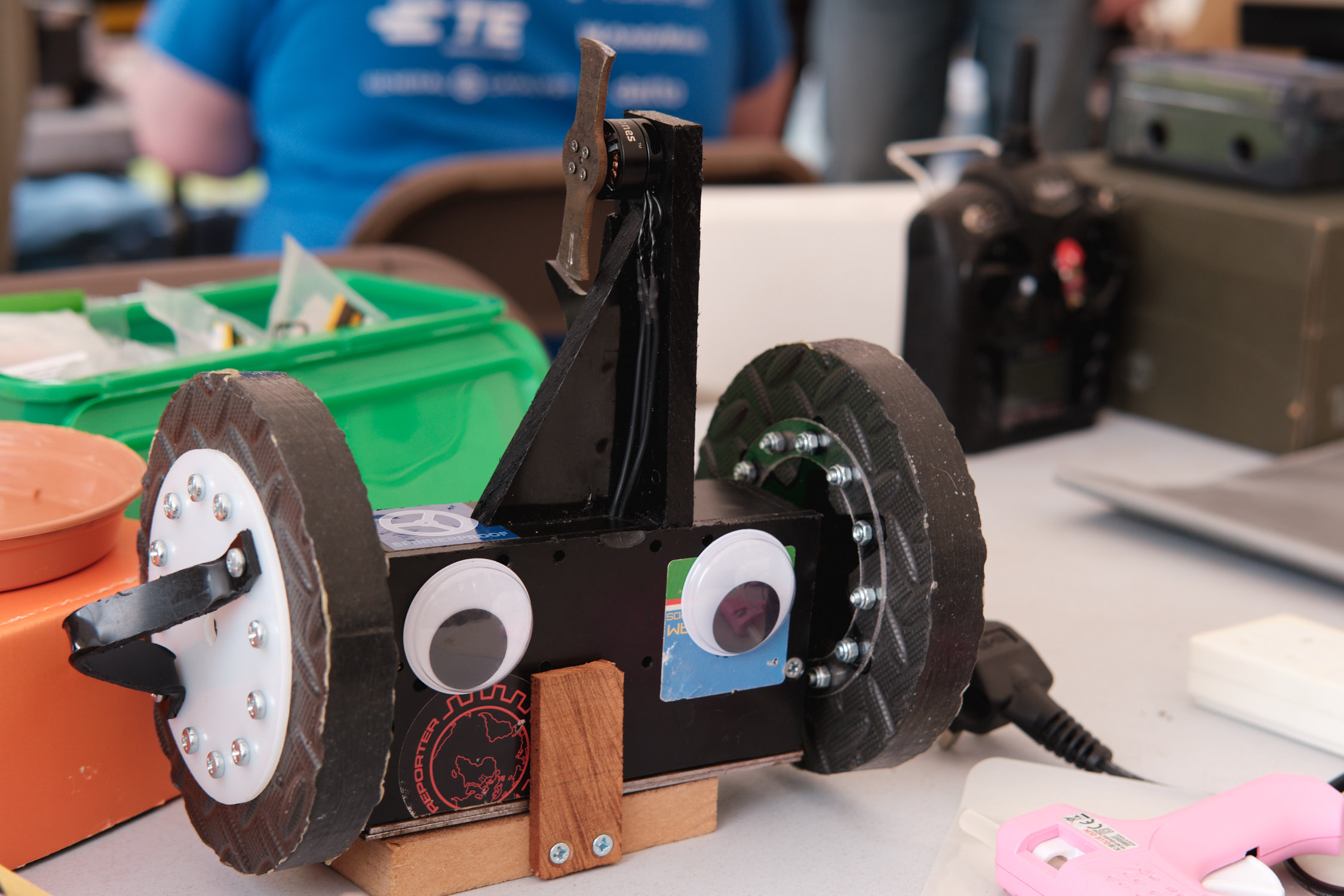 Well, we did it. We made a beetleweight version of Split Decision. We knew shortly after we’d built the first one we wanted to do it; we even knew what the weapon would be. It only took 3 years to get around to it…

Motivated by the first event in an year and a half (thanks, 2020), Split Decision 2 was born from the recycled carcass of one of Ryan’s robots, Hotblack Desiato. We spent a single day together hacking it together, before Ryan spent several evenings designing and making some awesome wheels, and finishing up the details.

The spinner on the end barely qualifies us as a spinner, but it was enough for us to need the extra step at tech-check and we were first in the arena for some fights. A novel experience, for sure.

Unlike its little brother, Split Decision 2 is unreasonable fragile. The wheels came off way too easily, and we needed to replace every motor in the robot after every fight. We expected to replace the weapon motor, what with it being directly mounted to the weapon bar, but the drive motors took more stress than we expected from the heavy wheels.