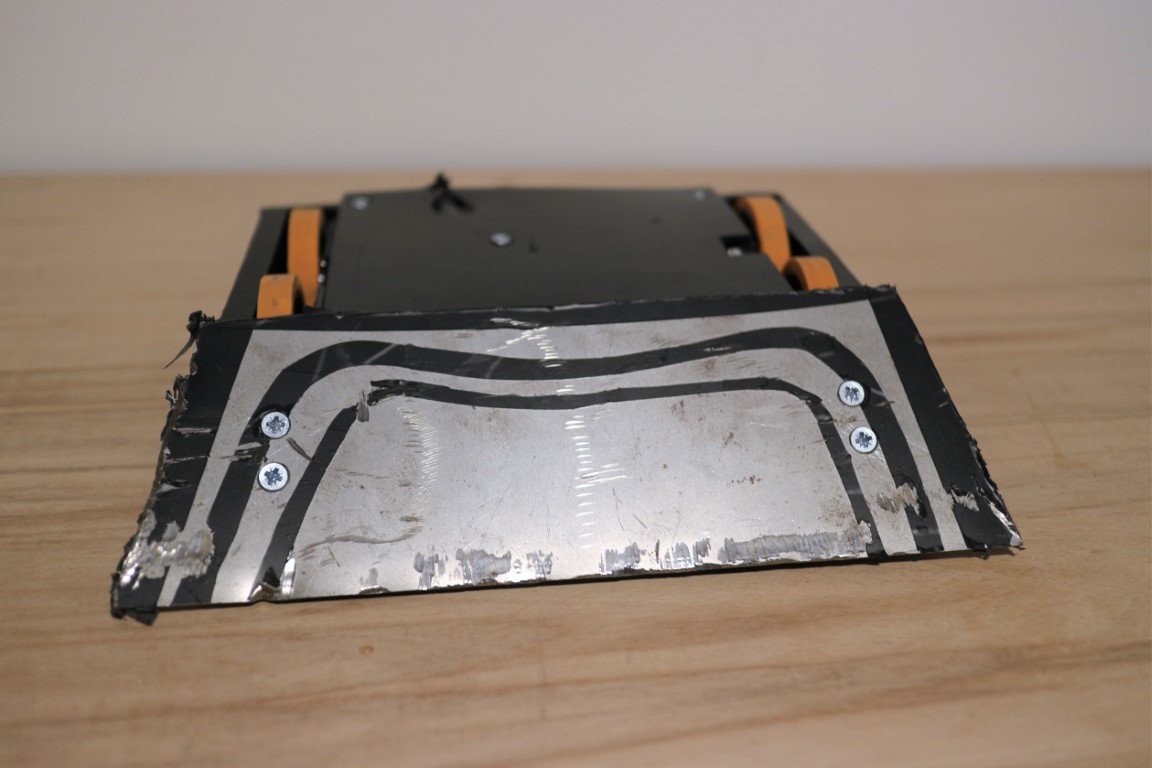 Kylo Wen is our second beetleweight, intended as a testbed for ideas and methods we plan to use in Hello There!‘s successor, ‘Your Move’. It was mostly built over the course of a single weekend.

The robot is predominantly a standard 4wd wedge, but with the addition of a fast reciprocating spike weapon mounted at the rear. It featured a 2mm mild steel front wedge with the rest of the body comprised purely of HDPE in various thicknesses – 3mm top and bottom plates, 10mm side armour, 5mm internal frame rails, and two layers of 5mm on the rear.

Unlike Hello There!, Kylo Wen’s 4wd setup is based on four 1000rpm motors. These are similar to those used on Hello There! and controlled in pairs by the same dual ESCs - one ESC for the front pair, and one for the rear pair. Also unlike its predecessor, Kylo Wen is fully invertible.

Despite working well in testing, including an informal victory against Hello There!, Kylo suffered from serious problems once inside the arena. As well as being difficult to handle due to poor weight distribution, the robot was prone to cutting out at random - seemingly losing signal before regaining it a few seconds later - and was therefore unable to perform reliably. It did, however, win two fights, finishing in the top 16, and survived well in the Gladiator to earn a 7th place finish out of >20 robots.

Despite not planning to use the robot again, Sam has invested some time into trying to debug and fix the issues we experienced. Without being able to recreate the issue outside of the arena, it’s difficult to know whether the changes made have had an effect, so there is potential for the robot to cameo at another event for a quick test.