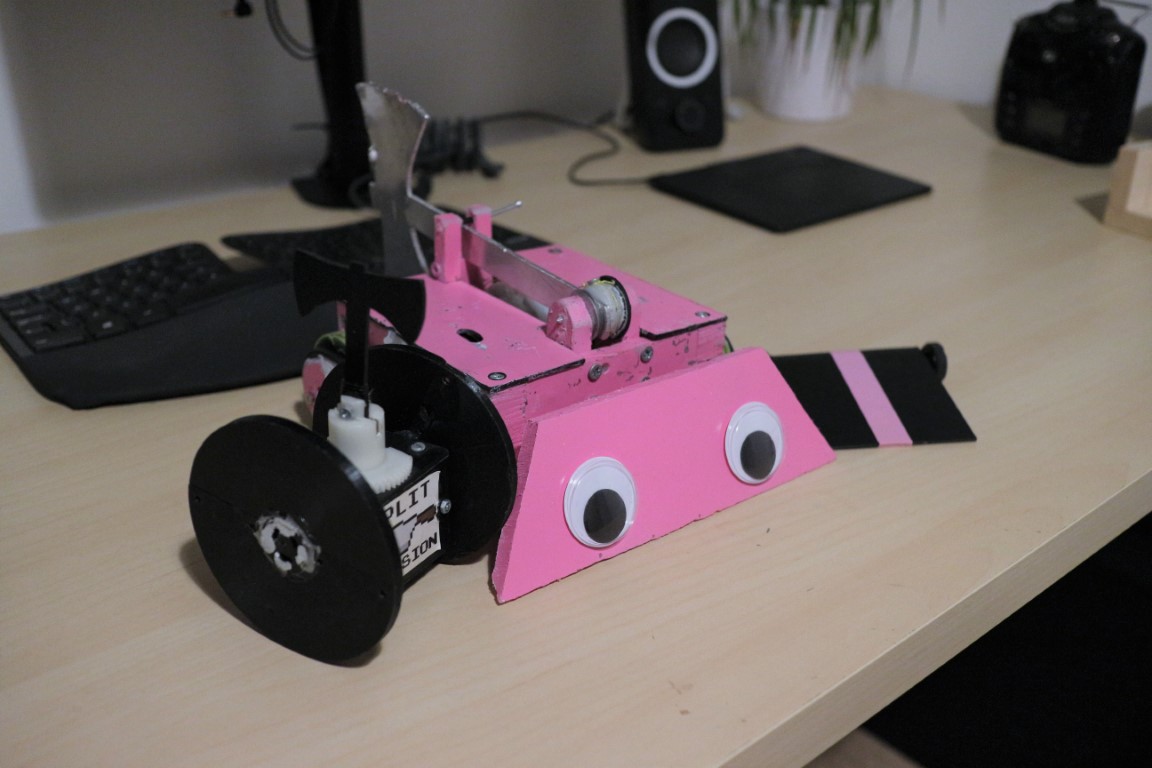 A hastily-constructed minibot which ran alongside Hello There! for one fight at 2019 Euros, to the right in this photo.

This robot was largely an experiment in bending ABS and used the internals from the deceased Tropical Storm Phil v0.3. It initially failed tech check on account of having an entirely exposed LiPo, but later passed despite being entirely hot-glued together and literally impossible to recharge without being almost completely disassembled.

As a result of adding a baseplate to make the robot safe, one wheel was no longer able to touch the floor. The robot therefore went into its one battle with a thick layer of double-sided foam tape on over one tyre.

It outlasted the main robot.