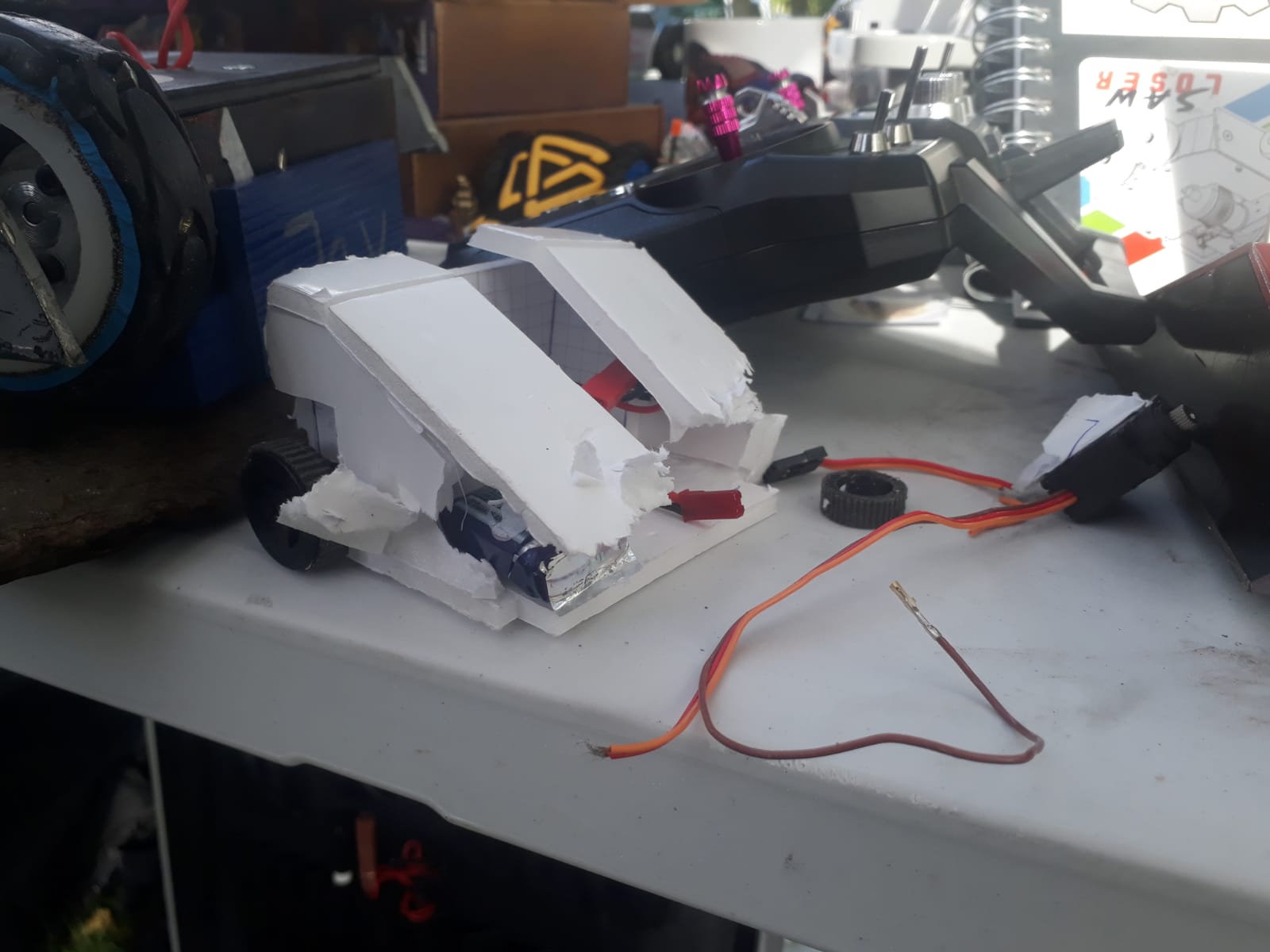 The long-awaited beginning of the Tropical Storm Phil line of robots, and a solo effort by Ryan.

Tropical Storm Phil v0.3 was an experiment in materials and build methods, being constructed entirely from 5mm foamboard and hot glue. Like Split Decision, the robot was an antweight which fails to conform to the cube rules but, unlike Split Decision, it was also hideously underweight.

The robot ran on the same basic setup at Split Decision: two n20 motors paired with 25mm 'ToughHub' wheels from Nuts & Bots and run by a single NanoTwo. The weapon used a lightweight 1.5kg.cm, 0.07sec/60deg servo (DS-919MG) with a simple flipping arm directly mounted to the servo horn, providing more than enough torque to both flip and self right.

TSPv0.3 was able to flip effectively in its one and only 1v1 fight, but the 100% foamboard front lip quickly deteriorated to leave the robot unable to get under any opponents reliably. As a final sendoff it was fed to The Tim Rackers Experience, surviving a few glancing blows before eventually being exploded in a hit which somehow didn't cause a LiPo fire.